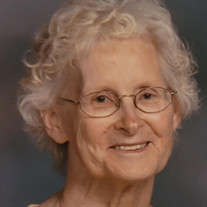 Franklin, KS ----- Sharon Ruth Robinson, 78, of Franklin, passed away early morning, Saturday, Jan. 22, 2022, at Girard Medical Center following an 11 year bout with Parkinson’s Disease, eventually succumbing to COVID. She was born on April 13, 1943 in Seneca, MO to the union of Kenneth and Maye DeBusk. She had lived in several different areas and for the last 58 years had lived at her present home. Sharon was known affectionately by her family and friends as “Grandma Sharon”, “Ruthie” and “Gramma Ruth”. Her most famous nickname was “Dr. Ruth” (given by her children) because she would attribute all illnesses to “allergies”. Besides taking care of her family, her hobbies included collecting and displaying hundreds of pictures of her children, grandchildren and great-grandchildren. She attended every sporting event, spelling bee, school/music program and baby contest that the children were participating in. Her Halloween and Christmas parties were always anticipated by grandchildren and their friends. From the haystack rides and weenie roasts to buying a Santa suit from the JCP catalog and bribing Santa (aka Henry) with a tin of cookies to stop by her house on Christmas Eve and pass out presents. She left a lasting impression on her children, grandchildren and great-grandchildren. She will be MISSED! She married Jimmy R. Robinson Sept. 28,1961, in Phoenix, AZ. She is survived by her children: Rob (Tina) Robinson of Columbus, KS, Kathleen (Dale) Bean, Kim (Troy) Bartelli, both of Arma, KS and Bridger (Candice) Robinson of Owasso, OK; 10 grandchildren and 15 great-grandchildren. She was preceded in death by her husband, Jimmy R. Robinson, her infant son Toby Robinson, daughter Pam Linthicum, and parents. The body has been taken for cremation and no services are planned. Arrangements are under the direction of the Midland Cremation Society, 1515 W 10th St Suite B, Joplin, MO.

The family of Sharon R. Robinson created this Life Tributes page to make it easy to share your memories.

Send flowers to the Robinson family.