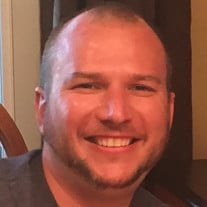 Brad David Skiles, affectionately known as Bratley by many of his family members, left this life on August 26, 2021 at 8:29 p.m., at Freeman Hospital in Joplin, Missouri. Brad was born on September 5, 1980, in Taipei, Taiwan to Ted and Beverly Skiles. He was raised in Taiwan at the Home of God’s Love, a children’s home that was run by his parents. He attended and graduated from Morrison Christian Academy in 1999 and then moved to the United States. He attended one semester at Ozark Christian College. He then attended American Flyers Flight school in 2001 where he received his Commercial Pilots License and Flight Instructor Certification. He held various aviation positions. He also resided in California where he cared for his grandmother. He later returned to Missouri and made Carl Junction his home. Brad will always be remembered for keeping everyone around him in stitches with his quick wit and great sense of humor. He was the life of many family events while gathered around the table playing games and entertaining everyone with his animated stories in English and in Chinese. After much pressure from his brother-in-law, he became an Iowa State Cyclones fan. He also loved watching the Dallas Cowboys and the Dallas Mavericks. He loved riding motorcycles (usually very fast), playing basketball, soccer, and golf. Growing up in Taiwan gave him the ability to speak fluent Mandarin Chinese. He had a love of Chinese foods, especially Taiwanese curry, and the Asian Culture. He enjoyed playing with babies and caring for the elderly. He was greatly loved by his parents and siblings. He is survived by his parents Ted and Beverly Skiles of Lo-Tung, Taiwan and Carl Junction. MO, Mark (Vicki) Skiles, Carlisle, IA, Greg (Amy) Skiles, Carl Junction, MO, Vicki (Darin) Smith, Dallas, TX, Holly (Dan) Toney, Carl Junction, MO, Steven Skiles (Taiwan), and Chris Skiles, Carl Junction, MO. He is also survived by many nieces, nephews, and great nieces and nephews. The family rejoices in knowing that several other families are celebrating because of his willingness to be an organ donor. A visitation will be held on September 4, 2021, from 9:00 -11:00 a.m. at Fir Road Christian Church in Carl Junction, MO with a Memorial Service following at 11:00 a.m. In lieu of flowers, donations can be made through Fir Road Christian Church in memory of Brad Skiles to help with expenses.

Brad David Skiles, affectionately known as Bratley by many of his family members, left this life on August 26, 2021 at 8:29 p.m., at Freeman Hospital in Joplin, Missouri. Brad was born on September 5, 1980, in Taipei, Taiwan to Ted and Beverly... View Obituary & Service Information

The family of Brad D. Skiles created this Life Tributes page to make it easy to share your memories.

Brad David Skiles, affectionately known as Bratley by many of...

Send flowers to the Skiles family.